50 Cent did something selfish and dumb.

He went on Twitter and tweeted that he’d rather endorse Trump than let Biden raise his taxes.

The tweet went viral. 50 Cent influenced some not-so-informed folks. And celebrities frantically reached out to their dear friend 50 to help him understand the consequences of his super active triggered twitter fingers.

No one wants to pay more in taxes. But if 50 wants to tweet to millions of people about it, it’s important he gets the facts right. Especially now that it’s election time.

I want you to check out a quick video I did that breaks down what 50 Cent thought and what the Biden Tax Plan really means, who it affects, and what it could mean to you. 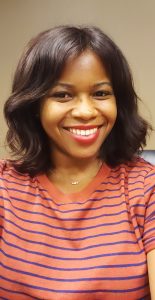 This Presidential Election is wayyy too important for fake news to be traveling around, picking up steam, and influencing the voting of millions of people like you and me. So I set the facts straight in this video. Give it a watch and let me know if it helped you gain a bit of clarity.

To more money in our pockets,