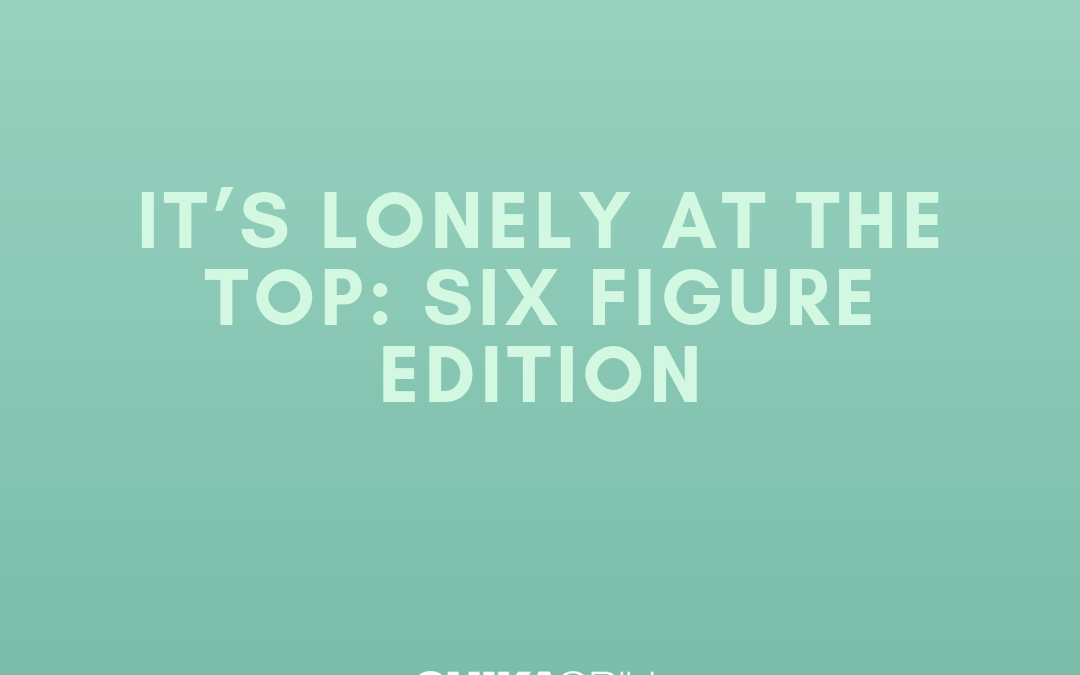 It’s 2019. Earning six figures in this economy is no longer a status of wealth in different parts of the country. Don’t get me wrong, it’s still an amazing accomplishment but in places like New York City and the Bay Area, barely cracking six figures doesn’t lend you the same security that it once did.

In San Francisco, a family of four making $117,000 a year is now considered low income. Not middle class, low income. That’s wild. Not to mention, the gender pay gap is real. Even though more and more women are making six figures than ever, we’re still making less than men. Racially, it’s not even close – white Americans hold a majority of the wealth in the United States.

If you’re the only person in your family making six figures, it can feel overwhelming. Especially if you didn’t come from money to begin with. People who are ‘successful’ may absorb some of their family’s financial costs, hindering their growth as professionals. Some families may not understand that making six figures doesn’t necessarily mean you make enough to be “rich” these days. Being the breadwinner of your family is difficult, no matter the costs for yourself, you want to make sure your family has what they need. That’s a lot of pressure on one person. A type of pressure not many people understand.

Anyway, I say all this to make this point: it’s lonely at the top. Making six figures doesn’t necessarily mean you’re in the top 1%, but it does mean you’re doing much better than the average American. You’re not necessarily struggling paycheck to paycheck, but it’s not like you’re exactly balling all the time. You’re doing okay so you don’t want to complain, but that doesn’t mean you’re financially secure for life. You still grind everyday for what you have and need much more to accomplish your dreams. So where do you fit in?

I know how you feel because I feel the same way. I’m not the only one in my family that makes six figures, but we’re spread across different metropolitan areas so our costs are pretty high. I’m a Black woman living solo in Oakland, where six figures is worth less by the passing second. The beauty of living in Silicon Valley is that I see a good amount of young Black professionals hitting 6 figures as employees of these billion dollar tech companies.

However, the struggle can be all too real for young Black entrepreneurs — especially Black women and women of color.

I want to see more women of color making multiple six figures. I want to see more of us in white collar spaces not just in the audience but on stage front and center headlining as experts in our respective industries. I want us to support each other in this entrepreneurship community rooting for each other and holding each other accountable. 50% of businesses fail in the first year and lack of community support is a top reason for this.

That’s why I do what I do. That’s why I show up in front of you online, in your inbox, on instagram, facebook, etc. I love my job and I want to shout it out to the rooftops because I know how important visibility is, especially for us millennials. I know the more I talk about successfully running a business, the more I post online (even though I’m not the most extroverted person in the world), I’m making a difference every time I show up.

Cheers to tearing down the status quo. 🥂🥂

What about you? What does making six figures mean to you? Do you feel like very few people understand you? Hit reply and let me know.

P.S. Are you on Instagram? Engage with me on there. I share motivational, business tips as well as give you insight to my life in the Bay. Check me out @ChikaObihCPA.